IAG have got a new homepage. Please change your browser to http://www.iag-aig.org which contains the new updated IAG web pages.

Dr. Ramon Hanssen was declared the winner of the Bomford Prize 2003 by the IAG Bureau, on the recommendation of a review committee consisting primarily of the Presidents of the IAG Sections. The Bomford Prize is awarded to a young scientist or to a team young scientists for outstanding theoretical or applied contributions to geodetic studies, particularly in the four year period preceding the General Assembly at which the award is made. 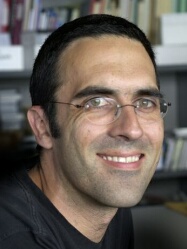 A Cheque of 2000 US $ and a certificate was presented to him during the opening session of the IAG at the IUGG XXIII General Assembly in Sapporo on July 1st 2003. A resume of his recent scientific work will appear in the Geodesists Handbook – 2004 Edition.

Dr.ir. Ramon Hanssen studied Aerospace Engineering and Geodesy at Delft University of Technology. In 1994 he was employed by the International Institute for Aerospace Survey and Earth Science (ITC) to conduct research on potential field data inversion. Between 1995 and 2001 he specialized in radar remote sensing working at Delft University, the German Aerospace Center, Stanford University, Stuttgart University, and Scripps Institution of Oceanography.

Currently, Hanssen is employed as an assistant professor in geostatistics and radar remote sensing at Delft University of Technology. He received the Innovational Research Award from the Netherlands Organisation for Scientific Research (NWO) and the Bomford Prize of IAG in 2003.

There will be an IUGG/IAG booth at the AGU fall meeting.

Title: The Man Who Flattened the Earth - Maupertuis and the Sciences in the Enlightenment 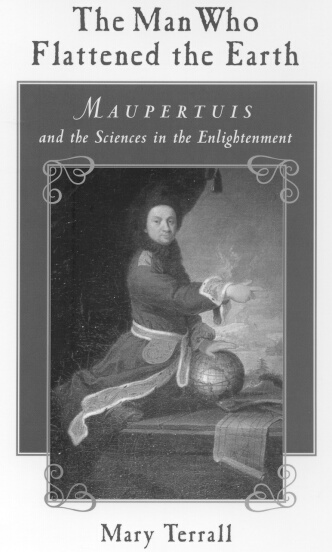 This book presents the life and scientific work of Pierre-Louis Moreau de Maupertuis (1698-1759), the ‘man who flattened the earth’ by conducting the famous French geodetic expedition in Lapland.

This book is not an ordinary historical book and the author has a rare talent to captivate the attention of her readers by describing not only the historical facts but putting them into context and trying to understand the true personality and state of mind of these characters. It helps understanding a very creative and exciting period that was the eighteenth century in France and Germany at the time of the Encyclopédie of Diderot and d’Alembert.

As a matter of fact, Maupertuis had a very full life that could be seen at first sight full of paradoxes. Born in Saint-Malo from a family of sea merchant, he had the chance to participate to the intellectual and social life in Paris and Potsdam, being close to Louis XV‘s court as well as Frederick II (the Great) of Prussia.

He is well known for his scientific works, especially in geodesy and was a member of the French Académie des sciences and President of the German Academy of sciences. He was also a member of the Académie française (elite literary academy).

He was a prominent mathematician of his time but also a man of action who did not hesitate in organizing such a perilous geodetic expedition in Lapland in order to put an end to the famous controversy between Newton and Cassini. He used there the newly developed Graham zenith sector and developed new observations procedures. After coming back to France, he had to fight against scepticism to have his results fully accepted as the expedition in Peru that left a year before had not yet returned. The Lapland expedition was a turning point in his career, giving him a well-deserved reputation in the scientific circles as well as in the general audience.

Like people of this century, Maupertuis had a very wide scientific curiosity. His topics of interests were extremely broad, from acoustic to geodesy, from cosmology to genetics. His goal was to explain the world, its physics and to find the general laws that rule the universe. He also needed to be quite careful in his formulations to avoid any criticism of materialism or even irreligion.

On one hand, he was very famous for his controversial or polemical books, sometimes published anonymously, as well as for his literary quarrels with Voltaire. On the other hand, he knew also the way to make him well socially accepted in all types of circles as well as to facilitate the spreading of the British Newtonian theory in the French academic circles. Some good sense of international politics was obviously required there too.

For a geodesist it is extremely interesting to be able to put into context the relationships and eventually the quarrels between scientists, such as Descartes, Newton, Cassini, La Condamine, Bernouilli, Clairaut, Celsius, Euler and Lagrange just to name a few.

The book is extremely well documented, full of anecdotes for the average reader as well as full of detailed references given as extensive footnotes for specialists. There are unfortunately, only a few illustrations but they are always chosen with great care and extensively explained. It is easy to read and you do not need to have a full degree in history of sciences to enjoy it.