The new height of the Mount Everest in the IHRS

The new height of Mount Everest (Qomolangma), the world's highest peak, is 8,848.86 meters, China and Nepal jointly announced on December 8., 2020.

For more than a year, the two countries' survey teams have overcome all kinds of difficulties, solidly carried out their work, and finally reached a conclusion on the snow-covered height based on the International Height Reference System.

Prof. Annette Eicker (HafenCity University Hamburg), chair of IAG Inter-Commission Committee on Geodesy for Climate Research (ICCC), will give an online talk at the Leibniz University Hannover. Interested colleagues are invited to join it.

Topic: The attraction of water: New applications of GRACE in hydrology and climate research

On December 3, 2020, the IAG Project – Novel Sensors and Quantum Technology for Geodesy (QuGe) held its kick-off meeting virtually. After recalling the various goals of the QuGe project (see also https://quge.iag-aig.org/), the early initiatives have been presented.

They are related to contributing to the IAG Scientific Assembly, scheduled to happen in the Summer of 2021, in Beijing. There, QuGe will host its own symposium and will participate in other four joint symposia. QuGe is also organizing sessions at the COSPAR 2021 and at the EGU 2021. The former will happen in a hybrid format whereas the latter will be totally virtual.

Status reports of the 3 QuGe WGs were given:

In 2020, the members of the 3 WGs have been consolidated and first joint activities were started. The work plans for the next year were presented. Workshops of the individual WGs are now organized to intensify the collaboration.

Also, possible further collaborations in QuGe, among the WGs and with external partners, such as research institutions, metrology institutes and industry, were discussed.

The ILRS had to postpone the 22nd International Workshop on Laser Ranging in Kunming, originally scheduled for 2-6 November 2020, to 2021 due to the coronavirus pandemic.  We intended to plan something different from ordinary meetings and look in detail at a selection of SLR (Satellite Laser Ranging) stations in the global network.  Five stations, Graz (Austria), Zimmerwald (Switzerland), Simosato (Japan), Greenbelt (USA) and Yarragadee (Australia), were chosen as the destinations of the virtual tour.  During the week of 2-6 November 2020, a 2-hour slot was allocated per day and the participants could virtually visit the observatories and communicate with our colleagues at the station, as shown in the video capture image during the Graz tour.  The participants were encouraged to join the Microsoft Teams as a group, and each session attracted 90-130 parties in spite of the large time differences; a part of the participants is shown in the group photo below.  Each 2-hour tour contained one or more talks related to the station, pre-recorded videos of the SLR and other facilities, and question/discussion sessions.  Thanks to a good amount of preparations and rehearsal sessions, all virtual tours went smoothly and the participants could see various aspect of these stations and learn from lively interactive sessions. 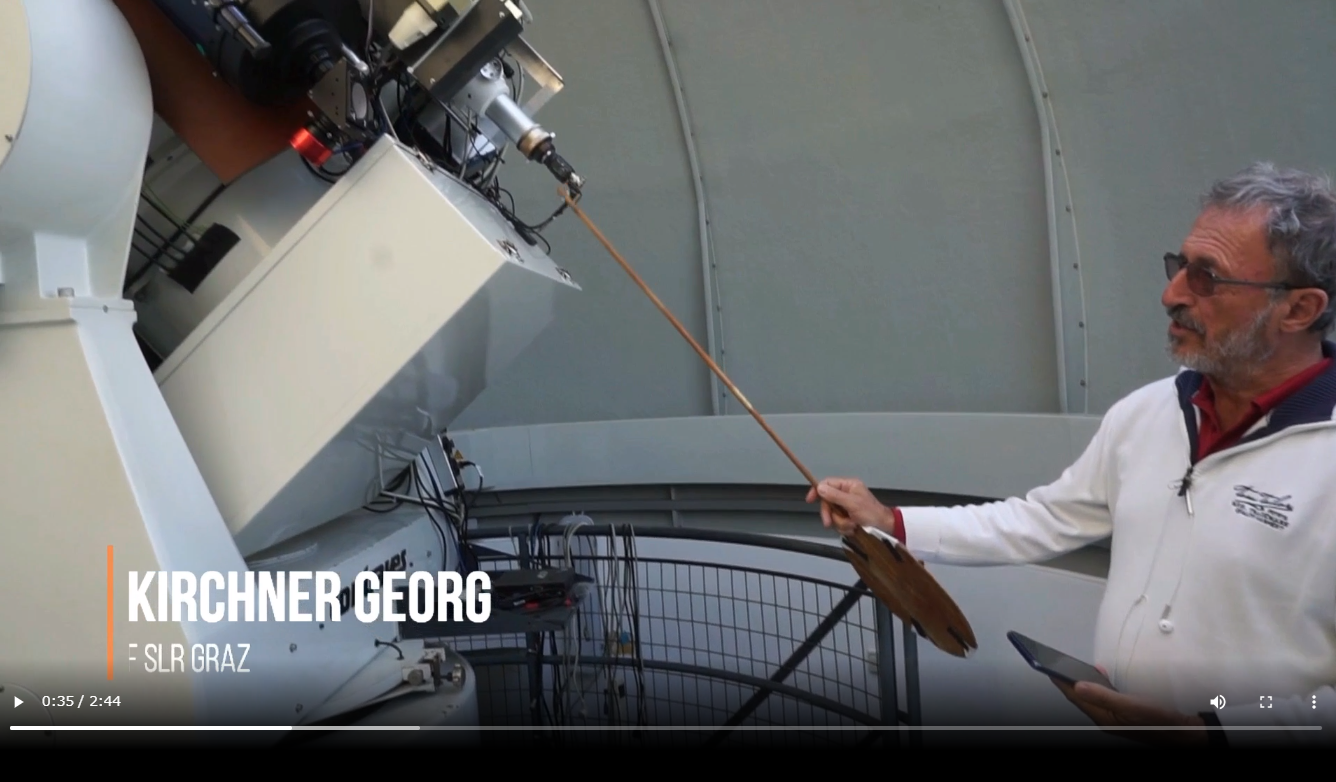 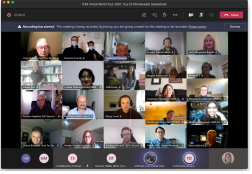 The videos and slides are available on the website below thanks to NASA/CDDIS.  We have received a number of very positive reactions from the participants and now intend to host the second round of this tour in 2021. 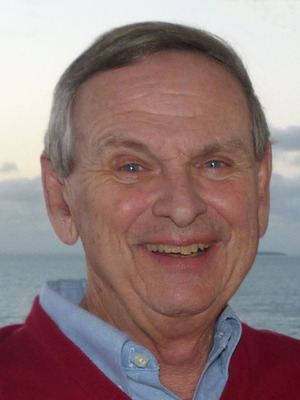 Professor Richard H Rapp passed away on September 20, 2020 at the age of 83. Professor Rapp is a world renowned authority in the field of gravity modelling.

Richard Rapp was full professor at the Department of Geodetic Science at The Ohio State University (OSU) from 1971 till his retirement as Professor Emeritus in 1992. He contributed greatly to its fame as world center of geodesy. He got his B.S. from Rensselaer Polytechnic Institute, his M.S. from The Ohio State University, from where he also received his Ph.D. in 1964. In 1962 he joined the faculty of the Department of Geodetic Science. The focus of his research was global and regional modelling of the Earth’s gravitational field from terrestrial and satellite data. Richard Rapp implemented advanced theoretical and numerical concepts to his modeling activities. His research culminated in a series of global high resolution gravity models based on the combination of terrestrial and satellite data. It found wide application in geodesy, solid Earth geophysics and oceanography. As a consequence of the success of his work he was invited to various important advisory panels of NASA and the National Academy of Sciences and internationally. His reputation attracted a large number of international students and post-docs, many today in highly regarded geodetic positions. He was an excellent teacher and supervisor, clear in his messages and in the direction of his research but also open to scientific dispute. His work is documented in a large number of publications, many of them published jointly with his students and post-docs, and many of them are still quoted and used today. He served the science community in many ways, such a section and study group president of the International Association of Geodesy (IAG), geodesy section president of the American Geophysical Union (AGU) or as member of various advisory and publication boards.

Professor Rapp’s research received wide recognition and acclaim. He received the Weikko and Karrina Heiskanen Award of the Department of Geodetic Science (OSU) in 1964, was named Distinguished Scholar at OSU in 1986, fellow of AGU in 1979 and of IAG in (1991), he received several NASA Group Achievement Awards, among others for his important support in the development of the Topex/Poseidon altimetry mission. In 1997 he was honored with an honorary doctor of engineering degree of Technical University Munich.

For Richard Rapp the guideline of his research was striving for a proven value in science and application. This made that he is not only a leading figure in geodetic science but that his work is highly recognized as well in solid Earth geophysics and oceanography. The use of satellites has opened important new fields to geodesy; Richard Rapp is one of the pioneers of this development. Richard Rapp was a wonderful person, positive, interested and friendly. He will be greatly missed. 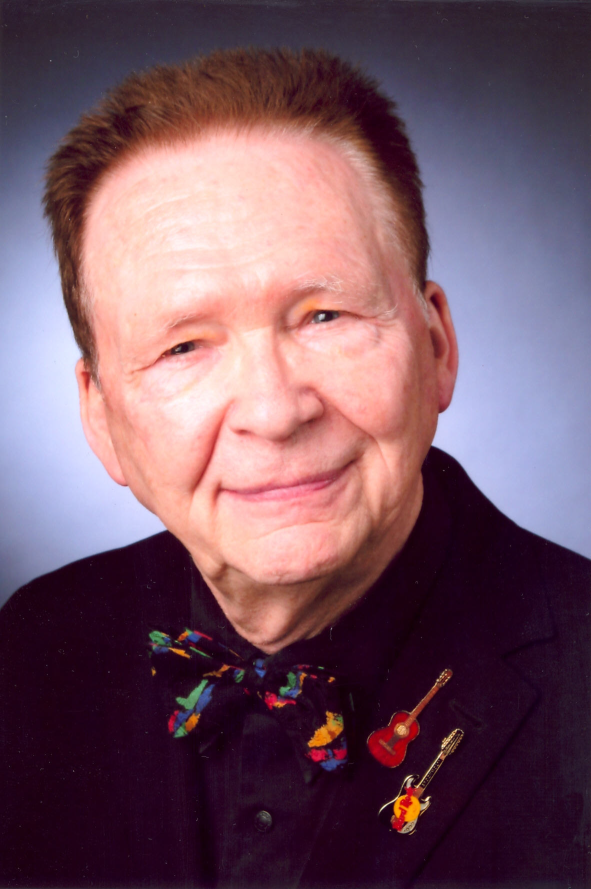 Erik Wilhelm Grafarend was born in Essen on 30 October 1939. After completing his studies in Mine Surveying (1964) at the University of Clausthal-Zellerfeld, Erik Grafarend pursued a rapid geodetic career with a doctorate (1966) and a second degree in physics (1968) at the same university. He moved to the University of Bonn where he habilitated in 1970 and received the Venia Legendi for the subject “Theoretical Geodesy”; the habilitation thesis was entitled “The Accuracy of a Point in Multidimensional Euclidean Space”. In 1971, at the young age of 32, he became an adjunct professor at the Institute for Theoretical Geodesy at the University of Bonn. This was followed in 1975 by an appointment to the chair of “Astronomical and Physical Geodesy” at the University of the Federal Armed Forces in Munich. In 1980, Prof. Grafarend was appointed successor to Prof. Karl Ramsayer at the University of Stuttgart, where he headed the Institute of Geodesy until 2005. Since his retirement in 2005, he continued to be active in geodesy as a researcher and, in particular, as a book author.

The diversity of his research is documented on the one hand in an extensive oeuvre of around 350 publications in relevant scientific journals and conference proceedings. On the other hand, Erik Grafarend has left a series of substantial books to geodetic posterity, amongst others “Map projections: cartographic information systems”, “Applications of linear and nonlinear models: fixed effects, random effects, and mixed models”. His most recent book projects include Gravitation and the editorship of the “Encyclopedia of Geodesy”. Beyond its diversity and size, Erik Grafarend's oeuvre is characterised by a creative power that has an almost artistic quality.

The geodetic work of Prof. Grafarend was highly recognised throughout his life. He was the first recipient of the prestigious Bomford Prize of the International Association of Geodesy in 1975. He has received numerous honorary doctorates and professorships from universities at home and abroad: Royal Institute of Technology in Stockholm (1989), TU Darmstadt (1996), TU Budapest (1998), University of the Federal Armed Forces in Munich (2000), University of Tehran (2002), University of Navarra in Pamplona (2014). He was a member of various learned societies: the German Geodetic Commission of the Bavarian Academy of Sciences, the Leibniz-Sozietät der Wissenschaften zu Berlin, the Finnish Academy of Sciences, the Hungarian Academy of Sciences, the Austrian Geodetic Commission.

In various functions in committees of national and international geodesy, Prof. Grafarend showed leadership. Within the DVW, he founded Working Group 7 "Experimental, Applied and Theoretical Geodesy"; for him, the name was the programme. As head of AK7, he founded the successful Geodetic Week, initially as an independent event with a special focus on young scientists, later established within InterGeo. In international geodesy, Erik Grafarend was clearly visible and, at conferences, also audible. In 1980 he was a founding editor of the journal manuscripta geodaetica, forerunner of the Journal of Geodesy. In the IAG he chaired various Special Study Groups and was elected President of the IAG Section IV “General Theory and Methodology” in 1983.

International networking has always been a special concern for Prof. Grafarend, but also a matter of course. He spent shorter and longer teaching and research stays in Columbus, Tehran, Wuhan, Sydney, Bandung, Uppsala, Stockholm and, regularly, Helsinki. Numerous top international scientists of the younger generation were motivated by him to conduct research with him in Stuttgart, among other things through funding from the Alexander von Humboldt Foundation. In recognition of his merits in promoting international scientific cooperation, he was awarded the Werner Heisenberg Medal of the Humboldt Foundation in 2000.

With Prof. Erik W. Grafarend we are losing a beacon of geodesy. He was an outstanding scientist whose interests and productivity knew hardly any boundaries, and whose contributions are inseparably linked to the development of modern geodesy. Nationally and internationally, he was valued as a colleague, as a teacher and, for many who knew him, as a friend. The beginnings of his scientific career could well have steered him into geophysics or physics. By a stroke of luck, geodesy became his home.