IAG Scientific Assembly in Beijing on June 28–July 2, 2021, to be held as a hybrid meeting

The LOC has made a reservation of a number of conference rooms, but due to current situation with travel restrictions, the main way for the foreign scientists to participate will be the virtual meeting. We will make our best to offer the full programme and experience of the Scientific Assembly to everyone, regardless of the way they will participate. The Assembly papers will be published in the renowned peer-reviewed book series, International Association of Geodesy Symposia. All papers will be open access, and publishing will free of charge.

There will be eight Symposia, with topics covering the activities of IAG Commissions, Services, Inter-Commission Committees and a timely topic on Geohazards.

The official web site of the Assembly, www.iag2021.com, will be available by March with all details and instructions of deadlines, schedule, programme, abstract submission and registration. Please follow also the IAG web site https://www.iag-aig.org/ for news and latest information. In case of questions, please contact the IAG Secretary General IAG.OFFICE@nls.fi or the LOC, the address of which will be given on the Assembly web site. The first circular with more details will be sent at the time the web site is opened and it will be posted also on the IAG web site. 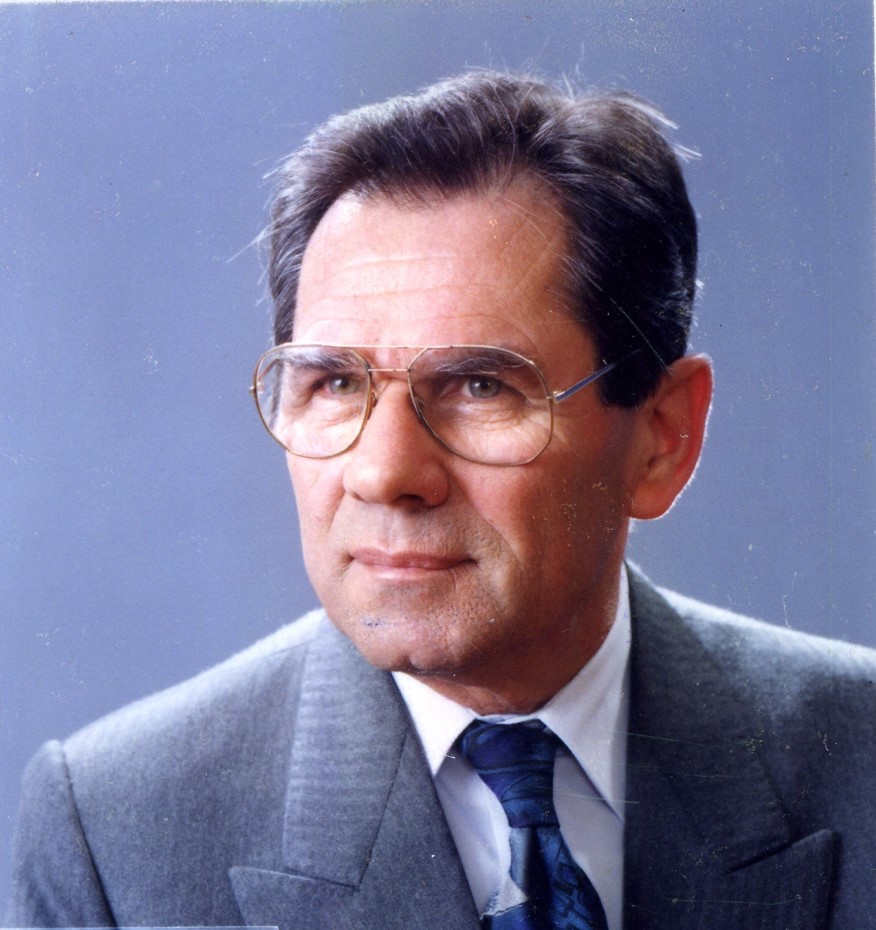 Prof. Dr.-Ing. Ahmet Aksoy, an esteemed figure of the geodesy community in Turkey, has passed away on December 10, 2020.

Ahmet Aksoy was born in Niksar district of Tokat province, on December 20, 1932, as the fourth child of Edeviye-Besim Aksoy couple. His father passed away before he was born. He had two older sisters and an older brother. Ahmet Aksoy completed his primary and secondary school in Niksar under challenging living conditions during the years of poverty when the World War II dragged the whole country. In 1948, he took and succeeded the exam for public boarding school of Land Registry and Cadastre Vocational High School in Ankara. I will try to introduce this very valuable scientist who started his education at the Land Registry and Cadastre Vocational High School, where Turkey's leading geodesists were raised, who then went to the Department of Geodesy and Photogrammetry Engineering, Faculty of Civil Engineering, Istanbul Technical University (İTÜ), and has worked as a lecturer at five different universities, who has a successful career at home and abroad, and whose circumstances forced him to become a doyen of the profession.

Ahmet Aksoy graduated from the Land Registry and Cadastre Vocational High School in 1951. After that, he began his engineering education at Yıldız Technical University, then named Istanbul Technical School. In 1955, he became a surveying engineer. His classmates remember him for his knowledge, as well as his diligence and determination. Aksoy is a proficient engineer. He loves his work, he reads, learns, builds, and produces.

Aksoy's academic career has started with his master's degree education at the University of Bonn, Germany in 1955 and continued with his doctoral studies. This beginning was both an encouraging example and a positive reference for many of the academics in the area of Geodesy and Photogrammetry Engineering. He neither had a scholarship nor any other financial support for his studies. He had to work for a living. In 1960, he wrote his thesis in Astronomy at the Theoretical Geodesy Institute at the University of Bonn, titled “Untersuchungen über die Eigenbewegungen von Sternhaufen H und χ Persei” (Research on eigen-motions of H and χ Persei Star Clusters) and received the title "Dr. Ing." He married Eta, whom he met during her Ph.D. studies in 1963. In 1967, their daughter Yasemin was born.

Dr. Ing. Ahmet Aksoy returned to Turkey at the end of 1960 and began his military service at the General Command of Mapping in Ankara. Then, in 1963, he became a part of the faculty staff of Yıldız Technical University (YTÜ). He was fresh blood in there. His professors, the late Prof. Macit Erbudak, Prof. Ekrem Ulsoy, and Prof. Burhan Tansuğ had huge confidence in him. He too felt safe in the nest. The professional community also included and accepted him. The participation of Ahmet Aksoy in the teaching staff meant more studying for the students, but they too seemed satisfied. Ahmet Aksoy always comes to mind not only in university, teaching but also in all the problems of the profession, waiting for solutions. Everyone had great expectations of him.

Ahmet Aksoy was very diligent, beginner difficulties of the faculty member life and the problems of having moved the family home to another and new environment did not make him exhausted. He was immensely productive. His thoughts and activities exceeded the expectations. “What good is it that we have a professional chamber? It has no media organ,” he says. The first scientific continuous publication of the Chamber of Surveying Engineers, “Journal of Surveying andCadastre Engineering” comes to life in those years with his leadership.

In 1965, he returned to the Institute of Theoretical Geodesy, the University of Bonn for research. His Associate Professor Thesis titled “Application of Bonne Projection to State Geodetic Measurements” that was presented to Istanbul University, Faculty of Science in 1967 is one of the products of those years. In 1967-70, with the title of Associate Professor, he went to YTÜ (then named Istanbul State Academy of Engineering and Architecture), Department of Surveying and Cadastre Engineering, and at the same time lectured courses at the Geophysical Institute of Istanbul University, Faculty of Science. In 1970, he moved to the İTÜ Department of Geodesy and Photogrammetry Engineering, Faculty of Civil Engineering with this being his primary duty. There, he found himself in a load of hard work in the newly established department. In a very short time, he gained the trust of Prof. Mustafa Aytaç, the late Prof. M. Gündogdu Özgen, and the teaching staff who were younger than him. Alongside that, he continued to give lectures at YTÜ. In the years 1970, 71, and 72 he also went to Trabzon once in every two weeks to teach at the Karadeniz Technical University. In 1975, he received the title "Professor" at the Department of Geodesy and Photogrammetry Engineering, İTÜ. After he ended his additional teaching mission at KTÜ and YTÜ, he gave classes at General Command of Mapping Higher Technical School; this time he went to Ankara every two weeks. He maintained this role between 1979-1991.

In addition to the teaching task, scientific research, and publication work, he deemed all sorts of problems of the profession as his own problems. He wanted to undertake and solve them all. He carried out management duties in the Chamber of Surveying Engineers and conducted Istanbul Branch Presidency for a term. For four years, he was the Chairman of the General Assembly of the Geodesy and Geophysical Union of Turkey (TUJJB), and for 16 years he carried out duties as the University Representative at TUJJB Geodesy Commission and as chairman of various study groups and commissions. In addition, he was a member of the Board of Principals at İTÜ Civil Engineering Faculty and has been the Chairman of the Division of Geodesy for many years.

These tasks that we count in a snap above filled many years, and for him, they were not tasks that just had to be fulfilled. He had embraced these tasks, had been efficient, productive, and fruitful. Another productive activity of Prof. Dr. Ahmet Aksoy was at Boğaziçi University. He had important efforts and contributions to the opening and development of the Geodesy Department at Kandilli Observatory and Earthquake Research Institute at Boğaziçi University.

The scientist aspect of Prof. Dr. Ahmet Aksoy is also very apparent. He was the advisor to seven Ph.D. theses. The theses he supervised were multilevel scientific studies that brought solutions to the problems of the country's geodesy. The number of Master's Theses he supervised is over fifteen. He has written seven books, two of which are translated, and nine lecture notes. He has 49 academic papers, 18 of them in foreign languages; 28 articles, 9 of them in foreign languages; and 20 research reports. The sum of the publications including his two theses is 115. The research and application projects conducted by Prof. Dr. Ahmet Aksoy are more than a production that uses pure results; they are products with all the content, format, and tutorials to shed light on practitioners and researchers. These include 17 years of “Earthquake Prediction and Damage Reduction Project” and six years of “Marmara Geodynamic Project” and they should be referred here in terms of their international dimension and actuality. Another project that keeps up to date and worth mentioning is HAKAR (Survey-Cadastre Research) project. The number of application projects he has done for the General Directorate of Highways, Istanbul Metropolitan Municipality, etc. cannot be counted within the length of this article. In this project work, to maximize the quality, Professor Aksoy sometimes wore his boots and went to the field, and at other times sat in front of  the computer and in doing so he became a leading figure for many young researchers and has been a good example.

Prof. Dr. Ahmet Aksoy was a good instructor. He was a credit to his students. After graduating, students are proud of the lessons that they have attended and succeeded in. He's a true professor who raises professors. One analysis explains that aspect of him very well. Today, in all the departments that teach Geodesy and Photogrammetry Engineering at the universities of Turkey, there is at least one faculty member that is either his student or student of his students. On the other hand, he also took part in numerous doctorate, associate professorship, and professorship jurors. In short, he has given his labour to almost all faculty members in the field of Geodesy and Photogrammetry Engineering.

Ahmet Aksoy was as good a man as he was a good engineer, a good instructor, a high-level scientist. He had a solid character, was a reliable, intelligent, diligent, valiant, generous, benevolent, faithful, humble, friendly, honest, serene, genuine, humane, sociable person. With his humane brain and loving heart, he was giving confidence, peace of mind to the people near him and as with his presence; his absence is immediately noticed.

Another aspect of Ahmet Aksoy should be mentioned in a few words. His colleagues and profession took a lot of things from this person who lived in the profession of geodesy, was full of work, in love with his profession, and was doomed to success. It is also known that whatever he gives to colleagues, students, his profession, he takes a lot of things from his beloved wife, who was next to him all the time. For the support and dedication, which is indirectly reflected as a benefit to the professional community, Turkish geodesists owe the greatest thanks to his precious wife, Eta.

First, there was darkness. Darkness is the primary thing in the universe. When the light comes, darkness disappears, and when light disappears, darkness comes back by itself. So is social life. If there are light sources, society is enlightened. Otherwise, the darkness will cover society. As a citizen, Ahmet Aksoy has successfully fulfilled the task of being a light to the society with his thinking, studying, developing culture, democratic and intellectual personality.

I bow with respect before Prof. Dr._Ing. Ahmet Aksoy's precious memory; I remember him with love, respect, and longing.