Executive Summary of the SGI 2016 Workshop

The second Satellite Geodesy and Ionosphere research workshop (SGI2016) was held at the Technical University of Berlin during 8 and 9 August 2016 as an activity of IAG Joint Working Group 4.3.3 “Combination of Observation Techniques for Multi-dimensional Ionosphere Modeling” and several research projects related to ionospheric studies. The workshop initially aimed at bringing together geodesists and other scientists from all over the world to one meeting, dealing with geodetic sciences and ionospheric research. The SGI2016 was organized by the Institute of Geodesy and Geoinformation Science of the Technical University of Berlin, K.N.Toosi University of Technology at Tehran, Iran and Department 1 'Geodesy and Remote Sensing' of the German Research Centre for the Geosciences (GFZ) Potsdam. The workshop provided a great opportunity for scientists to meet in a friendly atmosphere and to share their research and latest findings. 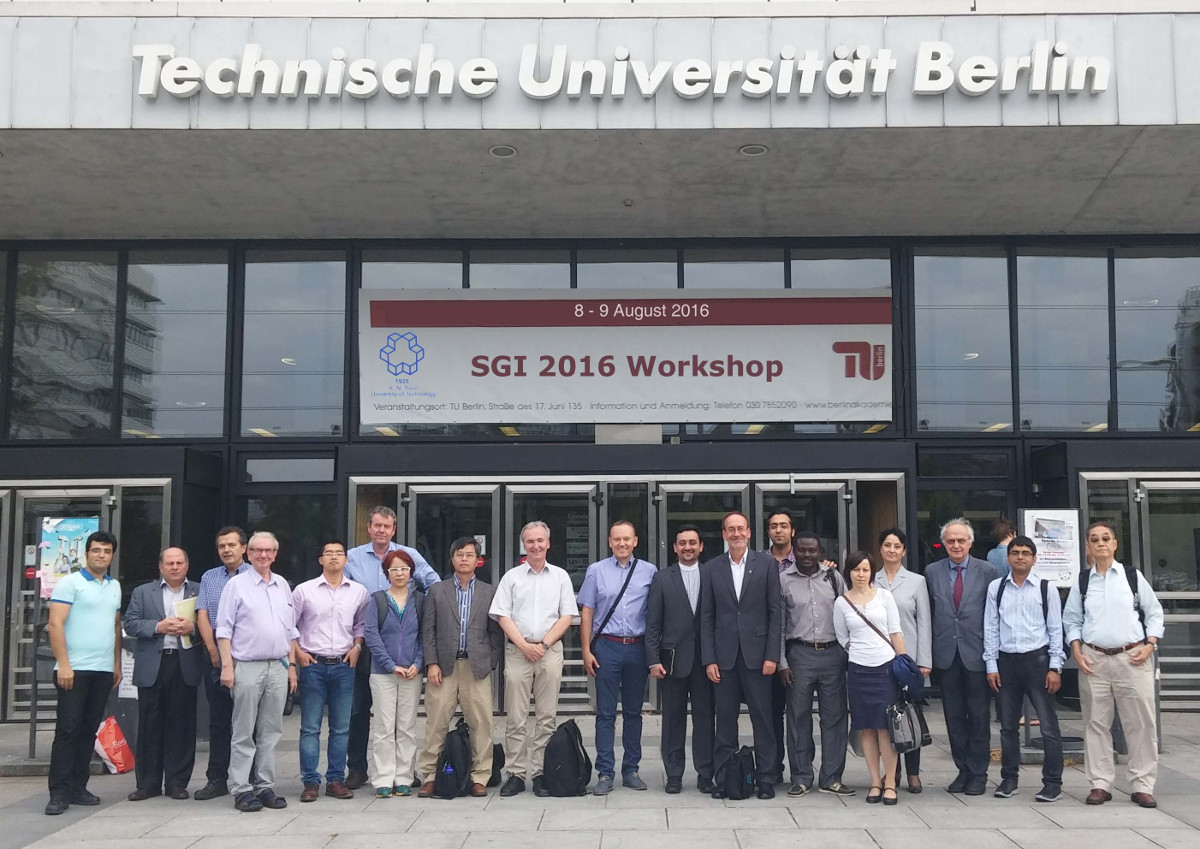 The workshop began with a welcome note from Prof. Harald Schuh, the President of the International Association of Geodesy (IAG). Dr. Mahdi Alizadeh, chair of the organizing committee of the workshop also welcomed the participants and explained the motivations and aims of the workshop. Afterwards the scientific session was held in with the main focus on ionosphere monitoring and modeling. The second session was dedicated to general discussion.

In discussion session, Dr. Michael Schmidt from DGFI, TU Munich presented the activities of the IAG Sub-Commission 4.3: "Atmosphere Remote Sensing” during the last year and explained the study, working, and joint working groups established during this time. Some information was given about the GGOS-Days in Frankfurt in October 2015 and that GGOS, the Global Geodetic Observing System of the IAG, has already developed three focus areas. These are: Focus Area 1: Unified Height System, Focus Area 2: Geohazards Monitoring, Focus Area 3: Sea Level Change, Variability and Forecasting. Discussions were carried out about establishment of a fourth Focus Area related to Atmosphere, including impact of both troposphere and ionosphere on modern society, long term variations of the atmosphere, and role of atmosphere in gravity missions.

On the second day of the workshop the presentations were mainly focused on physics of the ionosphere and ionospheric scintillation. After the workshop, the interested participants made an excursion to the German Aerospace Center (DLR) in Neustrelitz.