To benefit society and science 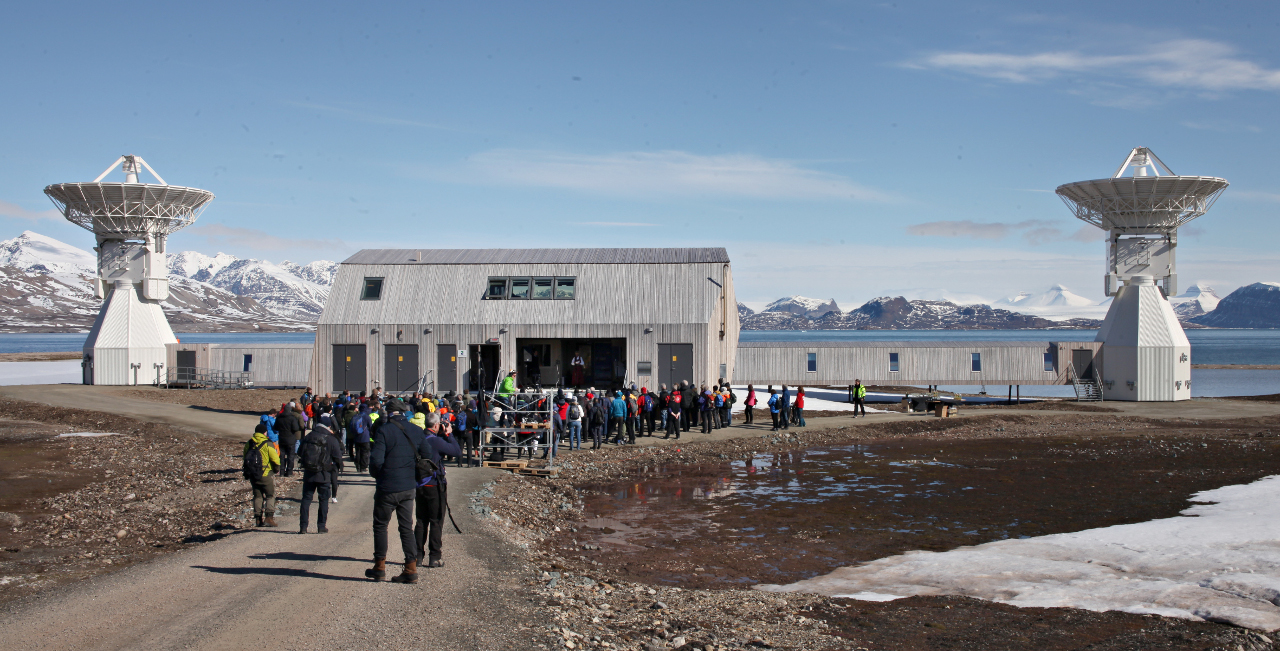 "Today we have reached a significant milestone which will benefit society and science and bring global Earth observations to a higher level, said Lars Jacob Hiim, State Secretary to the Norwegian Minister of Local Government and Modernisation, in his opening remarks to more than 150 guests.

The inauguration of the observatory coincided with the 10th conference of the International VLBI Service for Geodesy and Astrometry, IVS2018 in Longyearbyen, and 110 delegates were invited to participate in the official opening, and were transported to Ny-Ålesund by boat.

"The development of a basic global infrastructure for better Earth observation and for better monitoring of satellites, especially in the High North, is key in order to measure and deal with climate change. It is fundamental for our understanding of sea level change, said Hiim.

The new VGOS twin telescopes surrounded by the Brandal lagoon, Cape Mitra and Kings Fjord, are impressive. Each antenna measures 13.2 metres in diameter and looms 18 metres above the ground.

“Everyone who’s worked on this project is respectful of the job being done, the environment and surroundings we’re working in – and the fact that we’re delivering something which will contribute to better monitoring of changes to the planet.” says Per Erik Opseth, head of the NMA's Geodetic Institute.

"Norway takes this work seriously. Together with Australia, we chaired the subcommittee that formulated and negotiated the UN resolution. The time has come to provide stability and commitment to the global collaboration on basic global infrastructure", said State Secretary Hiim.

The NMA's new geodetic Earth observatory ranks as the northernmost facility of its kind and is a cornerstone of the global infrastructure. It has an estimated cost of about NOK 300 million.

Being delivered by Germany’s MT Mechatronics and its Spanish sub-contractor Asturfeito, the antennas were installed in 2016. Veidekke Arctic was the turnkey contractor for the station site and the new instrumentation building. The first pile was driven in the autumn of 2014. 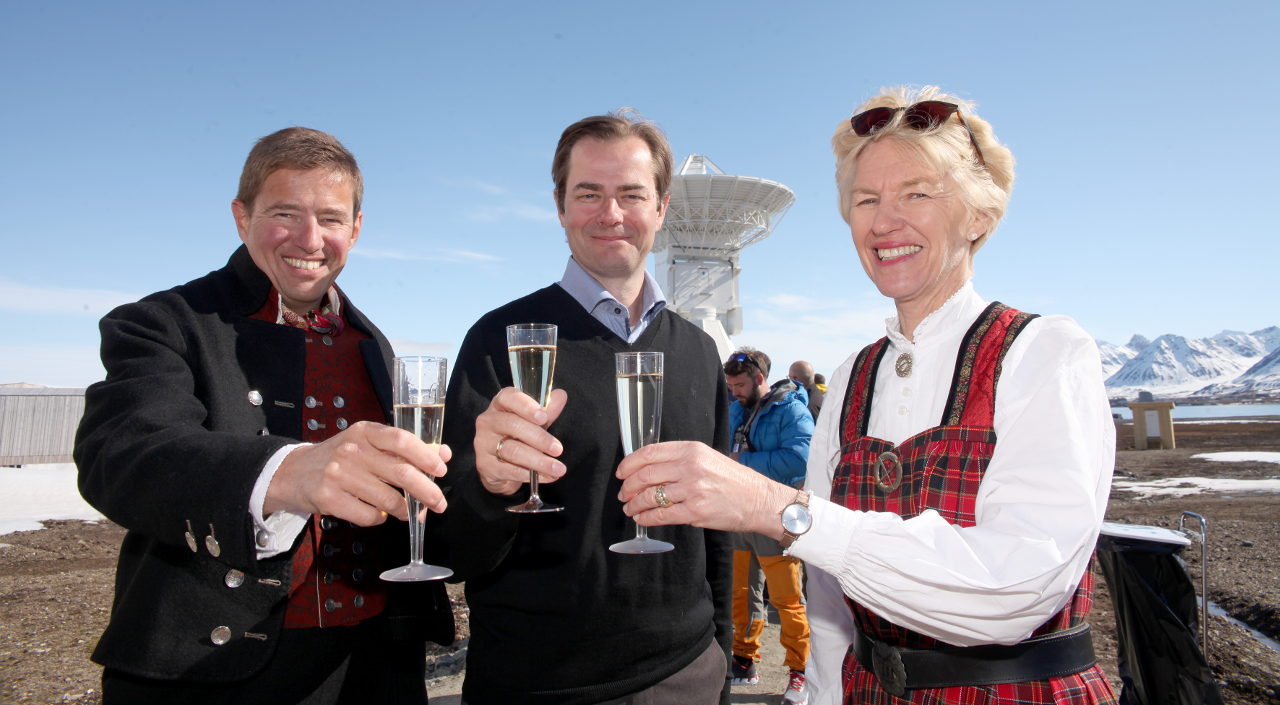 In August 2017 NASA and NMA signed an agreement to develop a state-of-the-art Satellite Laser Ranging facility. The current goal is to have all systems up and running in Ny-Ålesund by 2022. “An SLR in Ny-Ålesund will be important because it allows us to observe satellites in Polar orbits,” Opseth explains.