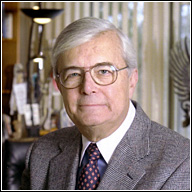 On behalf of the International Association of Geodesy (IAG), namely of President Zuheir Altamimi, of the IAG Executive Committee, and of the entire IAG community, we wish to present to Ivan Mueller cordial wishes for his ninetieth birthday on January 9, 2020, and for the years to come. The undersigned know Ivan Mueller from Post-Doc years and subsequent visits at Ohio State University (OSU), from visits of Ivan Mueller at the Technical University of Munich, and from the creation of the International GNSS (Global Navigation Satellite Systems) Service (IGS).

OSU, IAG, and IGS are the key words in Ivan Mueller’s scientific career. Having left Hungary after the Hungarian Revolution in 1956, he launched his academic career with a Ph.D. thesis advised by Weikko Heiskanen at OSU. In 1960 he became a faculty member and soon thereafter a very influential professor at the Department of Geodetic Science and Surveying of OSU. Many well-known scientists started their careers in the slave quarters, the working room of Ivan’s students at OSU. On the international scene the IAG became Ivan Mueller’s home. He shaped the transition from classical to space geodesy, to satellite geodesy in particular. He was the founding president of CSTG, the Commission on International Coordination of Space Techniques for Geodesy and Geodynamics, from 1979 to 1981. CSTG was co-sponsored by IAG and COSPAR, the Committee of Space Research, and played an important role for the international coordination of space research during the cold war and afterwards. The MERIT (Monitoring of Earth Rotation and Inter-comparison of Techniques for observation and analysis) campaign was initiated by COSPAR in 1980 and it was chaired by Ivan Mueller. MERIT resulted in 1988 in the creation of the IERS, the International Earth Rotation Service.

With such high-level activities it was only logical that Ivan Mueller became IAG President from 1987 to 1991. He used his “power” to establish and to chair the IAG Planning Committee for the IGS. In Ivan Mueller’s words “the primary motivation in planning the IGS was the recognition that the most demanding users of the GPS satellites, the geophysical community, were purchasing receivers in large numbers and using them as more or less black boxes, using software packages which they did not completely understand, mainly for relative positioning”. The statement illustrates the extraordinary strength of his argumentation. The undersigned are not aware of other colleagues, who might have launched a very successful scientific service, like the IGS, based on such bold words.

Both, the IERS and the IGS are today instrumental for monitoring Earth rotation and for establishing and maintaining the global terrestrial reference frame. They owe their creation to a large extent to Ivan Mueller’s leadership and foresight. His merits were widely recognized and very much appreciated by the science community. He was, e.g., the recipient of the Vening Meinesz Medal of the European Geophysical Society (EGS) in the year 2000 and of the Waldo E. Smith Medal of the American Geophysical Union (AGU) in 2003. Also, the AGU issues on an annual basis the Ivan I. Mueller Award for Distinguished Service and Leadership.

Ivan Mueller is the author of an impressive number of scientific articles and books, shaping the generations of geodesists and geophysicists.

Let us conclude by thanking Ivan I. Mueller for his incredibly valuable contributions to IAG and to science in general. For the years to come we suggest Ivan Mueller to use the epilogue (from Alice in Wonderland by Lewis Carroll) of his presentation at the IGS 20th Anniversary Workshop in Pasadena in 2014 as guide line: “Would you tell me please which way I ought to go from here, said Alice. That depends a good deal on where you want to get to, said the Cat. I don’t much care where, said Alice. Then it doesn’t much matter which way you go, said the Cat.”