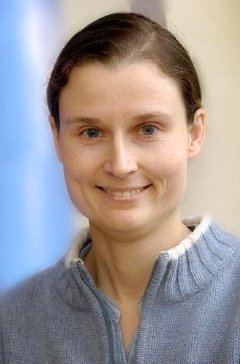 The IAG Young Authors Award is granted at each IAG General or Scientific Assembly for important contributions of young authors in the Journal of Geodesy. In 2011 is was presented to Elizabeth Petrie, Newcastle University, UK, for her paper \"A first look at the effects of ionospheric signal bending on a globally processed GPS network\" published in Journal of Geodesy, Vol. 84, 491-499, 2010.

The paper deals with the general area of higher order ionospheric effects in dual frequency GPS positioning. In particular, it considers for the first time on a global level the effect of presently unmodelled ionospheric signal bending.

This effect remains after forming the ionosphere-free linear combination. Elizabeth Petrie shows that its implementation must be considered for most precise geodetic applications. Two things are particularly striking in the results.

Firstly, the bending term appears to be almost entirely absorbed by the tropospheric zenith delay terms, hence biasing them, in particular at low latitudes. Secondly, even though this represents an important correction term, the exact approach for modelling the bending term remains unclear, especially for historic data where information on the peak electron content is less well established. The paper will therefore spark further studies on how best to resolve this dilemma.

As part of this project Liz Petrie conducted several IGS-style reprocessing in GAMIT, estimating ground station coordinates, satellite orbits and EOP, with different model options - a considerable undertaking. Fixing pre-computed IGS orbits may well have led to misleading results, so there is a demonstration to scientific rigour in her work.